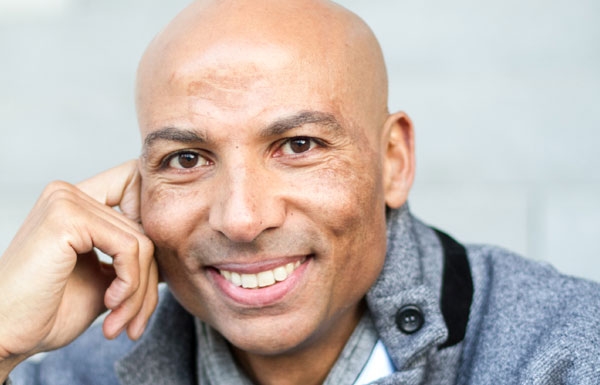 From elite athlete and Olympic medal winner to a business degree and finally to systemic coach and in-demand keynote speaker: Edgar Itt’s path is an example for the messages he is now im-parting in his audiences and the participants in his seminars.

He was once one of the fastest hurdlers in the world and one of the most successful in Germany. German champion. European Cup winner. Olympic medalist. As a former top athlete, Edar Itt – who was also awarded the Silver Laurel Leaf; the highest honours for sportsmen in Germany – knows what it means to strive to improve yourself on a daily basis. To achieve goals. To be suc-cessful. To reach the next stage, both on a professional and a personal level.

Since 2000 he has been utilising his expertise to impart his knowledge of inspiration, motivation and mental strength in others. He has since become one of the most sought-after keynote spea-kers in Germany and ignites an unmatched inner fire in his audiences in all his speeches, work-shops, seminars and in personal coaching.

As a mental coach for the athletes of the German Athletics Association, who he has been support-ing since the Olympic Games in London in 2012, he has not lost touch with the world of sports. Today, he spends most of his time helping companies and their employees to realise their visions, achieve their goals and better position themselves – regardless of the industry sector or the spe-cific function of his clients. Because the most important thing for Edgar Itt is and always will be the individual. Which is something Sabine Asgodom has realised as well: Edgar Itt trains the next ge-neration of coaches and is the only Master Class coach for the renowned Asgodom-Coach-Akademie.

Personal development and education also plays a vital role in his social engagement. It is of es-sence to him to help disadvantaged people and offer them chances and true perspectives for their lives. That is why he has been working with the Special Olympics Deutschland e.V. and is – toge-ther with former football pro Gerald Asamoah – ambassador for the Berlitz Bildungs-Stiftung, a charitable foundation with the goal of education children.